Up until 24 February main goal of the Feminist Workshop was to create and support feminist community, and psychological support was an integral part of our work. Since the beginning of the full-scale invasion we greatly refocused our activities, but organizing support groups and events for the community still belong to our top priorities. We understand: our victory depends on the energy Ukraininans have.

In December 2021 our consciousness raising group “Worshiping Lilith” was discontinued and we didn’t plan to resume its activities. Since the beginning of the full-scale invasion, however, we all felt the need to stick together, to have the space to share our emotions. Our activist and volunteer community also shared this desire.

We held our first informal meeting immediately — in the evening of February 24th. We discussed what we could do and defined our responsibilities.

On March 9th we already had a “Worshiping” meeting. We cried for a bit, shared our worries and discussed personal matters. Since then we’ve been gathering almost every week discussing new topics each time.

When the news started covering rape perpetrated by the occupants we decided to meet and discuss our terror, anxiety, sorrow, and anger induced by these news.

It was arguably our gravest meeting. We left it feeling a bit downcast and dispirited.

However, regardless of the hard topics, frightening reality, and constant air raid sirens that make us relocate to the narrow corridor from the cozy room, “Worshiping Lilith” remains the space that is visited to feel support, safety, and acceptance.

“I don’t even care what the topic is. Whenever I go to Lilith I know that I will leave the meeting in a slightly better mood,” – says one of the frequent participants. Another one shares: “For now “Worshiping Lilith” is my main safe space”.

It used to be a closed event: in order to get here one had to be vouched for by the friend that already visited the meetings. We understand that now there is an increased demand for space spaces like that, so the meetings are open. One can now join us by filling the registration form, but we monitor the group dynamics and follow the rules to keep the space safe and comfortable.

For now the community of Liliths is 36 people, but the format of the consciousness raising group allows up to 12 people to be present at the meeting.

*Consciousness raising group is an old feminist practice widely used by the feminists in 1960s. Women met and discussed personal aspects of their life. This way they began reflecting on abuse, access to public spaces, and taboo on women’s sexuality. After understanding that the same sort of experience is shared by many women, members of the consciousness raising groups began seeing patterns and system problems related to women’s status.

Other forms of psychological support

In addition to the consciousness raising group, we also offer other formats of psychological support: both formal and informal meetings.

Formal gatherings are meetings with psychotherapists and psychologists. We offer individual psychological consultations for the residents of our FemApartment. Highly qualified psychologist actively works in our shelter for the internally displaced women and children.

Women that live in our shelter have fled their cities that are now either a battleground or temporarily occupied territories. Almost all of them are in dire need of psychological support and assistance.

In both of our shelters there are 21 residents that receive psychological support.

We also hold an online group of psychological support that can be visited by Ukrainians not only from Lviv, but also from other cities and even countries. It is really important for us that we have a closed women’s collective, as this creates an atmosphere of support and sisterhood which is extra important for the victims of war.

The support group is moderated by two outstanding psychologists:
Olena Diveyeva is a head of the evidence-based therapy center Innersurfing, ex-secretary of the board of the Ukrainian association of CBT. Her main focuses are c-PTSD, work with victims of the narcissistic abuse, feminist therapy, LGBT focus. Her other specialization is neurodivergent people (ADHD). Work experience  — 13 years.
Nataliya Dyakiv is a practical psychologist that uses schema therapy, CBT, EFIT, EFT for couples. She works with depression, anxiety disorders, issues with self-esteem, self-sacrifice, personal boundaries, anger issues. She has held consultations since 2018.

Informal meetings are movie nights, tabletop events, parties, picnics etc. We hold such events at least once a month.

In April and May we made art together. We created collages. Though we had no particular topic, everyone’s collages were related to war.

Since April we got back on track with educational events. We held four lectures in a month. They focused on Ukrainian music, fact checking the news, archaeology in Ukraine, and on alternative education. Their total audience was 70 people.

In summer we plan to hold educational lectures and discussions every week. Follow our announcements on our website and in our social media.

We think that maintaining morale and supporting mental health of people engaged in activism or volunteering and internally displaced persons is important line of work for the Feminist Workshop. Our victory depends on it as well. 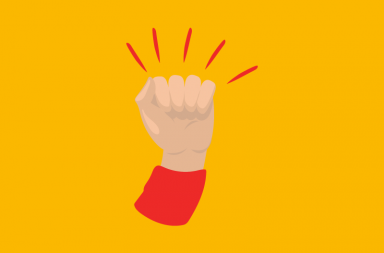 Statement by Ukrainian Feminists in Solidarity with Iranian Women 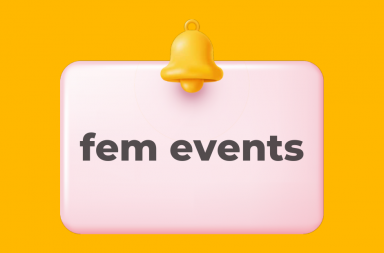 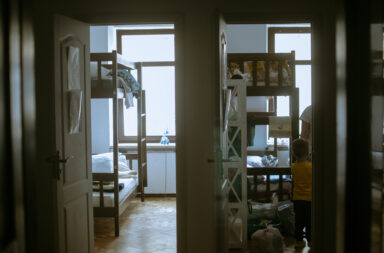 “I was scared and uncertain”. Ivanka about the difficulties of group work with children