Since the beginning of the full-scale invasion our organization offers free childcare services for the families that fled to Lviv due to war. Our activist Ivanka who’s responsible for it is a high-skilled and experienced nanny who moved to Lviv due to shellings in Kharkiv.

At first Ivanka offered individual meetings and walks with children, but after our organization established a shelter, our work has changed. Now Ivanka works with children living in our shelter for internally displaced persons. That was challenging even for our nanny with many years of experience.

When Ivanka worked in families, her friend who was a teacher often complained: “I’ve had it! I’m quitting!”. It happened after every frustrating incident at work, be it her bag being colored with permanent markers or having a conflict with parents. Despite Ivanka’s pedagogical education, she was constantly astonished to hear such stories. They always convinced her that she chose the right career path. She never worked with children’s collectives and was certain that group work with children was not the right format for her.

Even before the establishment of the shelter Ivanka was offered to hold open events for children, but she constantly declined these offers. She wasn’t sure that she could make it work. Caring about children from the shelter gave her an experience of working with a big and age-diverse children’s group.

During their first city walk there were 9 children with Ivanka.

“As I was going to work, I was scared and uncertain. However, when I finally saw them, I was overcome with love mixed with stress. I knew it was love from the first sight!”

Of course Ivanka also encountered much-feared challenges. It took literally one instant for children to begin eating sand, engaging in fights, and running God knows where. Despite all this the activist believed that her love, care, and friendly approach will bring their results.

She asked her fellow colleagues for advice about the conflict situations that frequently arose in the children’s environment. It worried Ivanka how the children competed for nanny’s attention: everyone wanted to hold her hand during the walk, draw with her, embrace, and play along. Of course, it was literally impossible to pay attention to all children at once. That’s why conflicts occured, as everyone searched for their own way to get the nanny’s attention.

In addition to colleagues’ advice, Ivanka started to search for answers in books. When she was riding a bike, she was listening to the audio book about the Summerhill school.

*Summerhill school is a British boarding school based on democratic foundations, with its main idea being “it’s the school that needs to adjust itself to children, not the other way round”.

“I’m a bit ashamed to admit the fact that I wasn’t afraid to experiment. I used practices approved by teachers and psychologists to understand which ones worked on my “flock” and which didn’t.”

Now communication with the children’s group which she lovingly christened her “flock” only gets better. Nanny has learned the group dynamics by doing, and now everything is much simpler and easier to understand. Ivanka is convinced that when it comes to one’s vocation, it simply can’t be otherwise.

Often Ivanka is described as a person who works with the children. But she prefers not to call it her work.

“We’re friends: together we are observing the world, wondering and dreaming. Over the course of summer we’ve been through so many interesting, amusing, and curious stories, that it would be hard to recall all of them. “

Friendship makes up an important part of Ivanka’s work. Stereotypical images present nannies as women that watch the children, prepare meals, wash children’s clothes etc., but Ivanka aspires to break out of the mold. Sometimes, the activist says, nannies are imagined as elderly women, former kindergarten teachers. That’s why people sometimes wonder why the girl “wastes” her youth on other people’s children. But that’s not how she perceives it.

“I am bursting with energy, I can go down the slide with them, take genuine interest in their games and activities. Children regard me as their elder friend, we can joke together and have fun together. We climb the trees and study the beetles. Over the course of time I fully realized what my superpower is – to be a children’s friend.“

Ivanka prefers to call herself a nanny rather than a babysitter or a caregiver.

During playing sessions on the playground children are often joined by other kids that spend time outside with their mothers. Once a mother asked a child from the group who was that girl with them. The child then responded: “That’s our nanny”. Ivanka was really glad to hear it.

After new experience Ivanka got, she now thinks about developing her skills further and about pursuing a second higher education in the children-related field. She now dreams of establishing a nanny labor union or a nanny agency. It helps that there are people that share Ivanka’s professional values – her active friends that love children and often accompany her on walks.

Statement by Ukrainian Feminists in Solidarity with Iranian Women 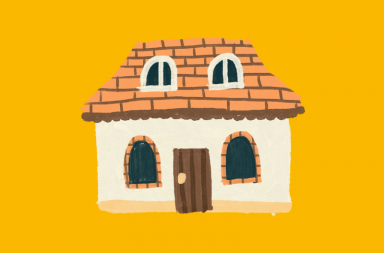