Paraphrasing Ukrainian anthem, neither glory, nor diversity of the Ukrainian feminism has not yet perished: many feminists have something in common; still, everyone has their unique experience and opinions. That’s why in our country there were always feminists, women, nonbinary and queer people that supported the Armed Forces of Ukraine and defended our land and women’s rights in the “men’s” army.

That may come as a surprise for the Western activists that usually profess pacifism. It is true that war as an idea never seems like a good solution. That’s why it may seem logical that the war needs to be stopped at any cost. Especially if a war is but a source for news stories filled with horrifying illustrations of human sorrow and deaths – news stories that get your attention momentarily only to disappear in a moment.

So, what made Ukrainian feminists to “forget” about pacifism and encouraged them to donate to the army, join the territorial defense, and weave camouglage nets?

Market rationality will (not) win

The 90s generation was brought up on the theory of the end of History, the cornerstone of which is the notion that war is economically inefficient. Why do we need wars, when we can keep on trading? Up to the last moment that generation was hoping that market rationality would win, was expecting peace or, at least, the “contemporary” war, hybrid or frozen conflicts. It was all but an illusion.

At first russia itself crawled back to the blood-filled 20th century, implementing their barbaric laws and practices, and now it tries to drag Ukraine there as well. Now it’s impossible to unsee it. We realize how cynical and cold our world can be. With that realization comes our responsibility.

Which kind of responsibility? New relevant messages voiced by the Ukrainian feminists will potentially help our citizens, as well as residents of the other countries, to react properly, to take the right side of History. For instance, today it hurts to hear from friends that didn’t experience war that the Russian-Ukrainian war is “akin to any other war”. That is a generalization that allows them to fit this new European war in a certain standard thinking pattern, so they don’t have to worry or react in any way – the same way the majority of people don’t react to the wars fought all over the world.

However, Ukrainian women that experience war know how important it is to focus on the details, on the things that make every war different from other wars – that is a key to restoring justice. Wars are not waged in an instant. They are preceded by centuries of history, imperialist fantasies, and desire to impose certain values and beliefs. Mottos like “Peace and friendship of the brotherly nations” are nothing but manipulations that Russian propaganda inherited from its Soviet predecessor.

Who’s at war and why

russia’s aggression against Ukraine is characterized by the enormous difference in the amount of the resources, motivation, and militarization level of the two countries. For years the russian federation has been threatening Europe to cut off oil and gas supplies, bribing countless politicians into lobbying russian interests all over the world, and influencing the elections in other countries. That explains how many resources they have. “Fraternal friendship” with the post-Soviet countries also quickly turned into the economic and resource dependence that got stronger thanks to the efforts of the local politicians. Remember how many jokes about gas were made on all the morning and daily comedy shows.

As for their motivation, over all these months the russian federation couldn’t clearly explain what the final goal of the “special operation” is. Propagandists didn’t manage to come up with new fairy-tales, instead retreating to the old formulas about neo-Nazis and NATO gay instructors.

Obviously, russia has been rapidly becoming more and more militarized for a long time. Every now and then it wages wars in Chechnya, Georgia, Ukraine, Syria etc. Unlike Ukraine, russia didn’t give up its nuclear weapons.

Motivation of the Ukrainian defenders to put up armed resistance to the russian army is much more understandable. They want to live on their own land and to be free people holding their own values, not being the (non)official “subject of the russian federation”.

Militarism is not particularly modern. Militarist politics devours money like a blackhole. These are money that could otherwise change the country or provide social guarantees and high-quality services to the citizens. Instead, they are turned into rockets that only exist to bring destruction and to be destroyed.

Under constant threat of the escalation of the aggression Ukraine was increasing the military budget and strengthening our military. It also focused on reforms, development, and social guarantees. Every decision made by our politicians was followed by the activities of the civil society: journalists, NGOs, cultural workers. Feminist voices were loud as well. While someone was busy decriminalizing domestic violence, searching for the foreign agents in media, and prohibiting “gay propaganda”, we asked for and fought for the European values of equality, toleration, and freedom. Something went well, something was met with resistance and led to the heated discussions. But it’s hard to imagine social changes without all these things.

These processes were prominent even in the army that was traditionally filled with gender biases. Women constitute a large part of the army which is impressive not only for the post-Soviet space, but for the western world as well. In 2021 there were 15,6% women in the Armed Forces of Ukraine. We are sure that now there are even more women defending our country in the army and in territorial defense. That didn’t come out of nowhere. After 2014 women took up arms and began fighting both the enemy and the stereotypes. They had to demand basic things: uniform and necessary supplies, proper conditions, combating violence, equal treatment.

Each feminist still remembers their normal life, their kindness and willingness to help women regardless of borders and stereotypes. Today, however, in addition to the activism in the country fighting the full-scale war, Ukrainian feminists are also involved in the international discourse regarding feminism and the armed conflicts. We cover Ukrainian events using the feminist lens and establish relations with the western activists in order to fight together against imperialism and its horrible consequences.

At the same time we understand that we strengthen the international solidarity in the environment which is currently outside of the Ukrainian war context. These are Ukrainian voices that need to tell about this context. This context encompasses what happens now and what may happen next, lest the international community solidarizes to support the Ukrainian resistance. It’s not only about the tanks or the artillery. It’s about human rights. Values. Everyday threat to the life of every Ukrainian.

It is crucial, as our feminists are still fundamentally feminists, political subjects building the society of the future. They are not globally disappointed people turned cynical that gave up their beliefs to take the passive stance lamenting that the world will always be cruel and imperfect.

On the contrary, the idea of the world as a place where the brutal force will always prevail, and the war is but a natural phenomena, as the countries will always have territorial and ideological disagreements, belongs to the rhetoric of russian imperialists and putin himself. For putin there are only slaveholder countries (USA, China, and russia) and slave countries. Dictator putin is not interested in specific “details” of the national histories, democratic processes, or economic ties. For him it’s a “utopia” (not feminist, rather liberal), and therefore, not a real thing. Real business can be discussed only with big guys. That’s exactly why this contemporary Hitler wants to negotiate with Ukraine in the old-fashioned format, that being the division of the spheres of influence. He also wants to have the President of the USA present – as if we live in the times of the Cold War.

That’s why in terms of history and politology, Ukrainian feminism creates meanings crucial for the future of Europe and the world. It’s not the degradation of the feminism, not giving up its essence in favour of conservative and patriarchal ideas. It’s the development, metamorphosis, stage of a butterfly’s life. 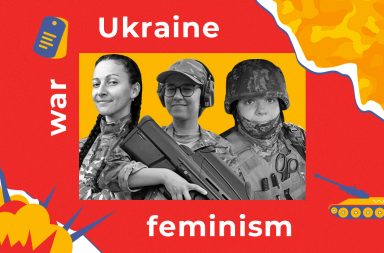 ‘Readiness to war doesn’t depend on gender’: how do women serve in the Ukrainian Army? 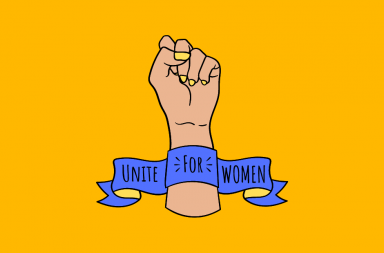 Young Ukrainian feminists: exchange of experience during the war (visual notes after the meeting) 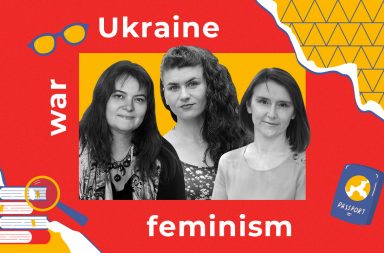 Without an emphasis on victimhood: the challenges of Ukrainian women human rights defenders and scientists during the war